Where did the Dead Mold Myth come from, and why does it linger? 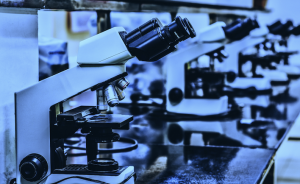 The question gets asked often. What do we tell customers who have either read or been told that “dead mold” can still make you sick? To answer this and other misconceptions, let’s dive into the history of the industry and my opinion as to how this whole thing got started. For many years, the general population was under the assumption that bleach killed mold. This can be traced to the 60’s or even earlier. A few years later, actually in the 70’s, changes in building techniques were instituted which made mold more and more prevalent in homes. At this point in the timeline there is an increasing mold problem throughout the country. People are bleaching mold and still feeling sick in their own homes after bleaching.

Along with this, home improvement establishments begin offering chemicals that control mold- but certainly nothing that kills mold. One needs to read the small print to discover nothing is really being killed. These factors created a perfect storm. Mostly well meaning disaster recovery companies (and some not so well meaning) began the process of educating and selling the notion that even dead mold makes you sick so we need to tear out as much as possible to get the home safe. This multi million and perhaps billion dollar industry was created based on the perceived knowledge that even though people “killed” the mold with either bleach or some other disinfectant, some or all who lived in the home were still sick. The industry, to this day, hangs their hat on the idea that dead mold makes you sick. It is actually quite senseless if you really sit back and think it through. Now flash forward to somewhere in the late 90’s when it became obvious to some health practitioners, and some labs alike that bleach did not kill mold. This was huge news- yet nobody hit the reset button and set the record straight. Meanwhile, tear-out business is thriving, and in my opinion, compromising the health of every customer that tries to tear it out on their own or hires someone to do the same.

Most still operate under the thought process that we killed the mold with the bleach, but someone was still sick. Therefore we need to tear out as much as possible. There is no testing data, no white paper, or anything that scientifically shows that a dead mold spore can either A- make you sick or, B- become an allergen. Yet the myth remains alive, based on bad information dating back to the 60’s. Another facet of this subject is the confusion between dead mold spores and dormant mold spores. Yes, dormant mold can still make you sick and dormant mold can still be an allergen. Think of dormant as “dehydrated” or dried out mold. Once it is exposed to the right environment, it’s off and running again. The dormant cell is still in-tact. But dead mold is a whole different thing. Dead, by the Pure Maintenance definition, and the microbiological world definition of dead, is accomplished by what is know as lysis. The outer membrane of the cell will fall apart through a process of oxidation.

Additionally, we incorporate a process called denaturing. The definition of denaturing is: destroying the characteristic properties of a protein or biological macromolecule by heat, acidity, or other effects that disrupt the molecular conformation. InstaPURE is an EPA registered sterilant. By the very nature of that registration, it has to kill mold. Once mold has been exposed to InstaPURE, the outer membrane is oxidized and the cell is denatured. It becomes “inert nothingness”.