Does OZone work for Mold Remediation? 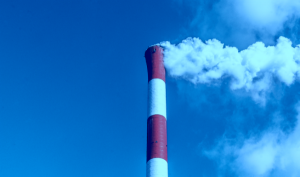 Occasionally we run into customers who have attempted ozone remediation and have been disappointed. Ozone is a naturally-occurring gas. As part of the upper levels of our atmosphere, ozone is really important. It protects our planet from harmful radiation. However, when ozone is present near the surface of the earth, it is a harmful pollutant. It is a molecule composed of three atoms of oxygen linked together. Ozone’s third oxygen atom is weakly bound to the other two, allowing it to detach and reattach to molecules of other substances. Many believe that this chemical reaction will oxidize and destroy mold.

The EPA has published several documents which highlight the dangers of ozone. Some manufacturers suggest that ozone will render nearly every chemical contaminant in the home harmless by producing a chemical reaction. This is a bit misleading because a thorough review of related studies has shown that in order for many of the dangerous chemicals found indoors to be eliminated, the chemical reaction process may take months or even years. Other studies have noted that ozone, if used at concentrations that do not exceed public health standards, does not effectively remove viruses, mold, bacteria, or other biological pollutants. Additionally, ozone not only reacts to the fungi, and bacteria in the home; it reacts with other chemicals in the home. For example, when mixed with new carpet in a laboratory setting, the ozone reduced some chemicals but actually created a variety of dangerous organic chemicals in the air. While the target odor may have been affected, the byproducts produced by this reaction made ozone’s negatives far outweigh the positives.

The above information, coupled with the EPA noting that several health effects including decreased lung function, throat irritation, severe asthma symptoms, cough, chest pain, shortness of breath, irritation of lung tissue, and higher sensitivity to respiratory infection make ozone a poor choice to improve the health of your home.